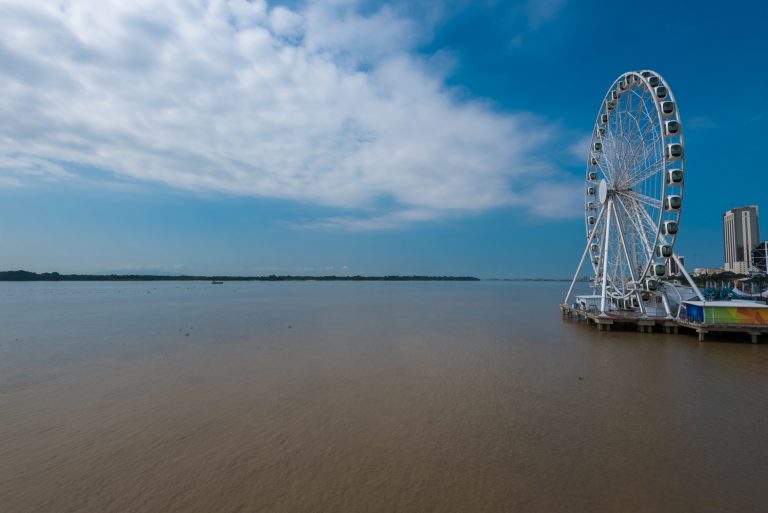 Large Ferris Wheel Juts out from the Promenade 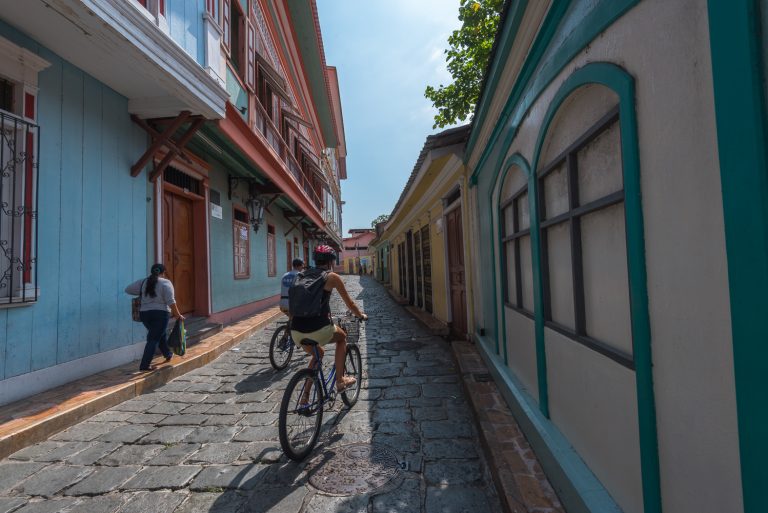 Cyclists in the Arts District 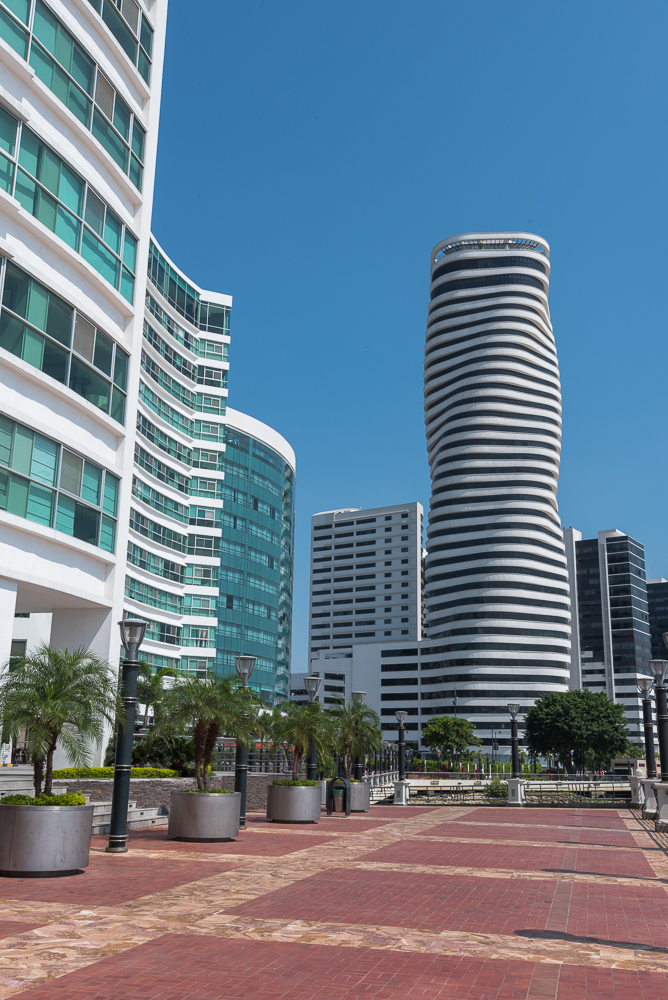 Modern Architecture on the Promenade 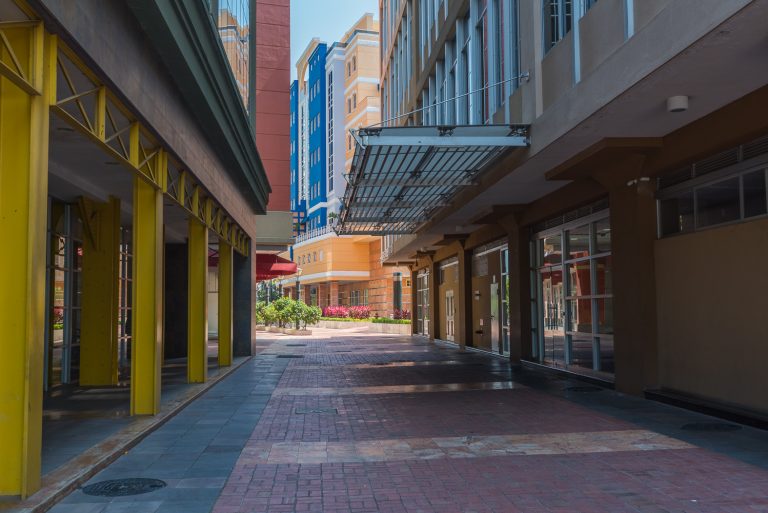 Walkway In the New Part of the City