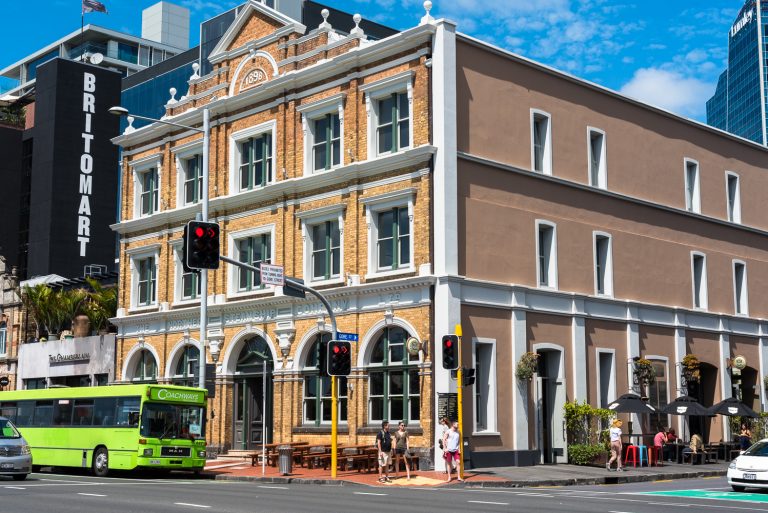 Near Britomart Shopping District in Auckland

Outside the city proper nature once again reveals itself. Among other things, while in Auckland we visited a mountain that houses a large Gannet Bird colony that overlooks a beach on the Tasman Sea. People go there to fish from the rocks as well. Then we went and visited a sheep station (sheep farm) that also raises cattle and deer. And we watched a trained sheep dog team manage the flock by having one dog stare them down while the other barked at them. It would work on me. 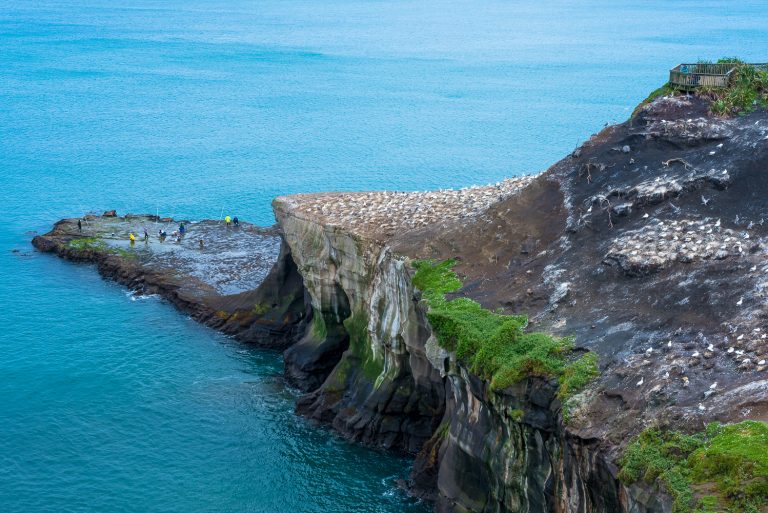 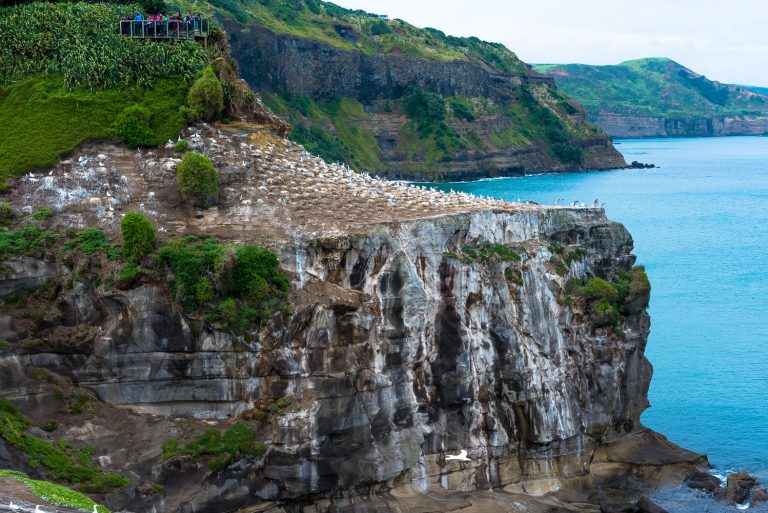 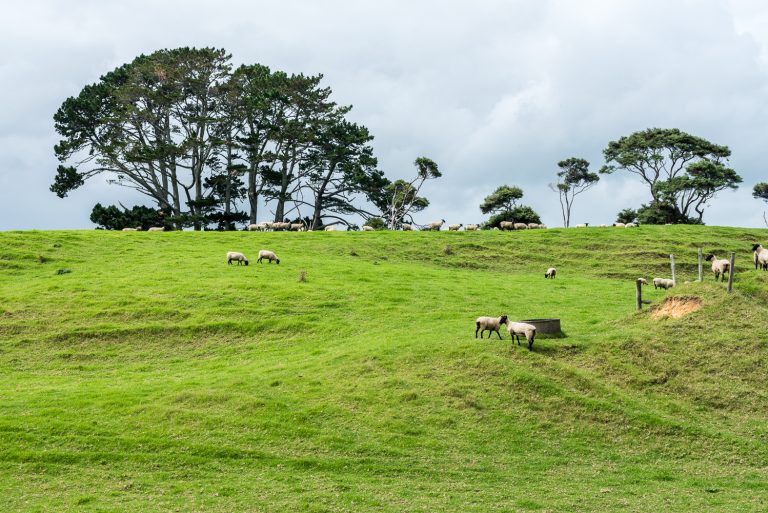 And that brings our time in New Zealand pretty much to an end, so we’ll be headed off to Polynesia soon. That journey will include Fiji, Tonga, Tahiti and Bora-Bora.