Well, we’ve officially entered Indonesia, and we’re sad to leave Oz behind (especially since my favorite advertisement is from Oz, for flip-flops called “Slappas”).   We’ve had a few days of on-board lectures about Indonesia, and especially Bali, where we land tomorrow.  Hard to believe but our trip is now 1/3 complete!

We’ve learned that Indonesia consists of 17,000 islands, of which 6,000 are inhabited (recall that the volcanoes in the Pacific Rim form the Ring of Fire, and account for many of these small islands here). While Indonesia is largely Muslim, Bali was a refuge for Hindu believers, and is inhabited by many Hindi (in addition to Muslims, Buddhists, Christians and others). Indonesia is sometimes referred to as the land of 20,000 temples and shrines, and we’ll be seeing some of them.

The Spice Islands of Indonesia brought English, Dutch, Spanish and Portuguese traders to this region years ago, in search of the very profitable nutmeg, cloves, mace, etc. that was so valued in Europe as a means of flavoring and preserving food. The Dutch ruled for a long while before independence was obtained, and spices are now just one of the many exports from Indonesia (coffee, rice, cattle, vegetables are among the others), which has fertile mountains and lots of rain.

We arrive in Bali tomorrow, and start 3 days of fairly intense sightseeing, so Joe will be snapping lots of photos. We plan to see UNESCO world heritage rice terraces, temples, the courts of justice, orchid gardens, etc. We are expecting a barrage of colors, smells, sounds, etc.  While we probably will not miss the NJ cold, I know the heat and humidity will remind us of what we like about the winters on the east coast of the USA.

Hope that all is well with you.

As we left Hamilton Island setting sail for Darwin, the ship’s captain married a young couple at sea. As pictures were being taken after the ceremony, the bride indicated that she would like some of the photos to show the gorgeous sunset in the background. At first this appeared to pose a bit of a dilemma since the sun was setting on the opposite side of the ship from where the pictures were being taken. Not a problem for the Crystal Serenity officers and crew, though. The Captain ordered the ship to circle around; the photos were taken and we then we proceeded on our way.

And speaking of photos, here are some taken in Darwin, in the Northern territories in the Australian Outback.

I was able to take a short tour of the main kitchen for the ship (tours of various places are offered to guests when time permits), and thought you might enjoy some of what I learned. The ship holds 1,000 passengers, and crew of 655. The staff of the galley for the main kitchen is 100 people, and they work hard. There is a large main dining room, and food is served at several other locations on the ship (including high tea each day).

A shopping list for each leg of the cruise is prepared on board, and emailed to the Crystal purchasing department in Los Angeles; the purchasing dept makes arrangements around the world for purchase, delivery to the pier, and quality/freshness checks. Food that is accepted is stored in various places (special meat lockers, produce coolers, etc.) until is needed for meals.   Fish is always fresh, so it’s brought on board in most ports.

At 7:30 a.m. lunch and dinner preparations begin, and the work continues until everyone’s final meals are served (generally 11 p.m.), and the dishes, glasses, silverware, pots and pans are cleaned and put away. The night cleaners finish their work in the galley just before the 5 a.m. breakfast team starts all over.

There are 7 pastry chefs and 4 bakers on board, as well as 15 people who prepare cold dishes, and 6 people who deal with fresh vegetables, pasta and soup dishes. There’s a butcher shop, dedicated coffee pantry staff, sauciers and fish prep team. Ten dishwashers are joined by a team of 4 people who scrub and polish the pots, pans, skillets, etc.

Here’s some data for those of you who like numbers; the daily average service of various food items follows:

*Ice cream is top priority for those who live near Hoffman’s!

So I guess Joe and I will not be complaining when we get back to NJ and have to prepare our own little meals for 2!  Hopefully our guests will benefit from what we have learned about good food while on this trip!

Just in case you wonder why there are no posts from Thursday Island, it’s because we couldn’t stop there on our way to Darwin.   The sea was a bit rough, so the tender boats could not safely ferry people to the island.

And plans for Bali and Shanghai have changed; we will have less time in each place.  In the case of Bali, some weather/tidal issues will have us land late.  In Shanghai, new security restrictions after the explosion in Tianjian mean that we have to stop at a foreign port in between stops in Shanghai and Tianjian, so we’ll lose a day in Shanghai.

Yesterday we visited Darwin, at the “Top End” of Australia. Darwin’s proximity to Asia and its position at the top of the outback country give it a very different feel than Brisbane or Sydney; less British history and development, more Aboriginal and Chinese influence through today. The Top End (Northern Territory) has a wet season and a dry one, and they are characterized by extremes in weather, vegetation and animals – everything from monsoons to brush fires in dry season, crocodiles, watefalls, termite mounds and anthills that are as tall as people, rain forests, and feral animals of all types in the outback. The Northern Territory is not populous enough to be a State in Australia, so the Territory is self-governing (unless the federal government overrules it).

We learned a lot about Darwin’s history, which started when telegraph cables were extended underwater and overland throughout the English empire, connecting Australia with the rest of the world. This ability to communicate over the wires allowed Australians in the sparsely populated interior to stay in touch with the developing coastal cities, as well as providing a means for radio-delivered education of children in the interior. Darwin was named after Charles Darwin, by the way.

Darwin is the seat of government for the Northern Territory, and it’s a town with a history of recovering from disasters and starting all over. Darwin was a key base for US military in WWII, and WWII airstrikes from Japan destroyed most of the city, but it was rebuilt. Cyclone Tracy destroyed much of the city in 1974, and an historic airlift of citizens resulted, but the city was rebuilt. The city has a wide and deep harbor, and its location is great for commerce. There are many gardens and parks in the downtown, and the city has been described as “cosmopolitan but casual.”

We toured the Territory WildLife Park yesterday, and saw a very cool bird training session with owls, emu and eagles (Joe will post some pictures).

Darwin’s history includes a lot of activity related to the pearling industry. Interestingly, the pearls were not the first item sought as this industry evolved – the clam shells were (for use in buttons, table utensils and other decorative items). Giant clams were harvested until they nearly became extinct – the shells are 3 or more feet wide.

In recent years, Darwin is seeing an increased US military presence as the US commitment to NATO allies is reinforced. Oddly enough, the port of Darwin has recently been leased to the Chinese government, so that situation will require some careful management of US activity.

We are now in the Timor Sea on our way to Bali. The air and sea are both 88F/31C, and the humidity is very high. There are phenomenal lighting displays at night, and we expect some rain today.

Hope all is well with you – Best, MA

Early this morning our ship anchored in the Whitsunday Islands, off the northeastern coast of Australia, and we took a smaller boat from Hamilton Island to explore the Whitsunday passage. This area is magnificent, and it’s hard to find the words to describe how this small area on a map is so tremendously vast and beautiful. The Whitsunday Islands are 74 volcanic islands that stretch out over an area of about 200 miles. The Islands are about 40 km west of the great barrier reef (that coral reef that is so large it can be seen from space), and 7 of the 74 islands are developed (but only lightly developed). They are named in honor of Whitsunday, aka Pentecost. The islands are almost entirely national parks/conservation areas (land or marine), but development takes place through land leases.

Hamilton Island is home to several very posh resorts, a beautiful marina filled with nice yachts, and an airport. Nearby Dent Island has a golf course that appears to be somewhat challenging. Looks like these are fine places to go if you want a really exclusive vacation.

We cannot stop thinking of how Captain James Cook (who discovered these islands in the 1770s) must have marveled that as far as his eyes could see, there were high forested mountains (Huon Pine trees grow out of the rocks along the shore and up the hills), beautiful beaches, safe coves and harbors, and such potential for the land. Captain Cook found Aboriginal people in these islands, as well as kangaroos, as he navigated the coral reef and claimed the islands for His Majesty King George III.

What continues to amaze us on this trip is how vast the Pacific Ocean is, and how intrepid early sailors must have been to venture out to find new lands. Very brave folks with a great sense of adventure!

We are anchored off Hamilton Island, one of the 74 islands that make up the Whitsunday chain. Along the way we have done a lot of sightseeing in Sydney, in Brisbane, and sailing around Hamilton Island.

Here are some photos.

Brisbane, AUS (“Brizzy” to the locals)

We visited Brisbane yesterday, and saw another penal colony success story, a’ la Sydney. Brisbane is north of Sydney, still on Australia’s east coast, and it’s about half the population of Sydney (approx. 2 million, vs. 4 million in Sydney). It’s got a beautiful wide river that snakes through the city, and a lot of modern construction (commercial and residential) surrounds the classic old buildings from about 180 years ago. The Australians are quick to remind Americans that our USA history post-independence is twice as long as this newer country’s.

Brisbane has a very large new cultural center on the south bank of the river, with spaces for performing arts, visual arts and museums – it’s architecture is clean and functional, like Lincoln Center. We saw a range of upcoming performers, shows and exhibits that was tremendous.  But of course Brisbane is the town where the Bee Gee brothers grew up, so maybe music is just in the air here.  In March, the World Science Festival will be held in Brisbane.

Joe will likely post some great pictures of Brisbane, and a few of mine accompany this post. Brisbane is another town that is worth a second look, in our view; lots to see and do, amid a beautiful setting with many botanic gardens and natural green spaces.

Hope you all have a great weekend! 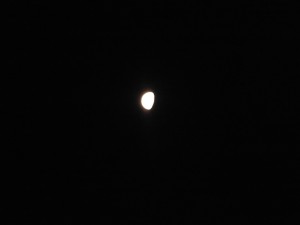