We arrived in Chile, which means we are also approaching the end of our journey. From here we travel up the west coast of South America, making stops in Chile, Peru, Ecuador, Columbia and Panama. After that it really is the last leg that will take us through the Caribbean and then on to Florida.

Our first port of call in South America was the port city Valparaiso, Chile. Rather than stay in Valparaiso we chose to go inland to the capital city, Santiago, for a day. It is an elegant and sophisticated city where the European influence is very strong. With its wide boulevards, classical architecture and parks, the city bears more than a passing resemblance to some of the great cities of Europe, especially Paris and Madrid. With about 6.5 million people, greater Santiago is home to about 36% of the nation’s population of 18 million.

When we arrived in Santiago we visited Club Hipico, the oldest racing track in Chile. Its architecture is classically elegant—the kind of thing you’d be more likely to associate with a museum than a racetrack. (See photos below). We also visited a national park, essentially planted and grown from scratch. And of course, we had lunch, with some fine Chilean wines, in a restaurant in the park, set up like a small version of Tavern on the Green in Central Park.

We will be off before long to visit some of the smaller cities of Chile, and we’ll see how that goes. Regardless, Santiago is a place you don’t want to miss—along with the very fine wines. 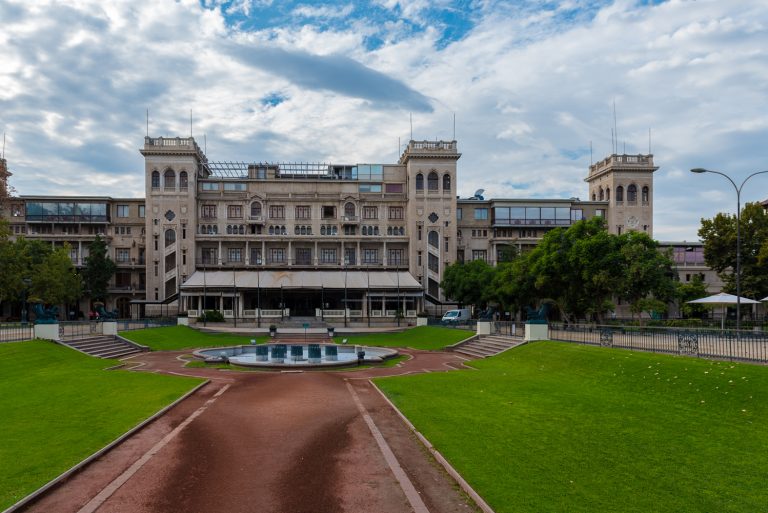 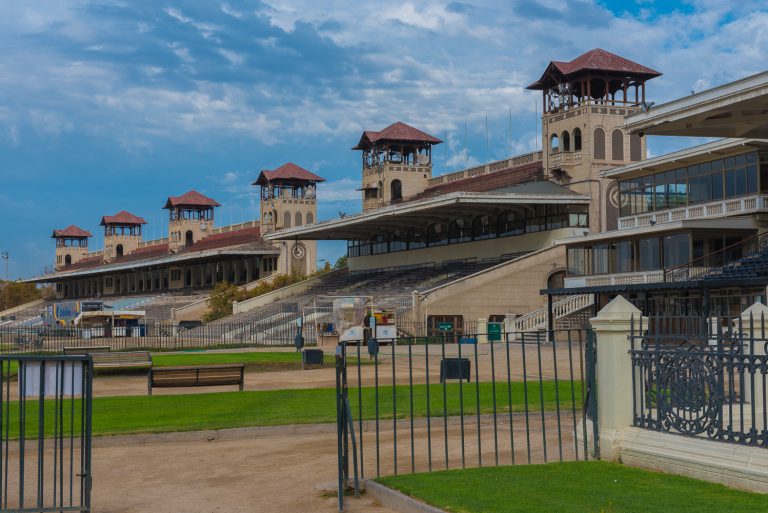 Viewing Stands for the Races 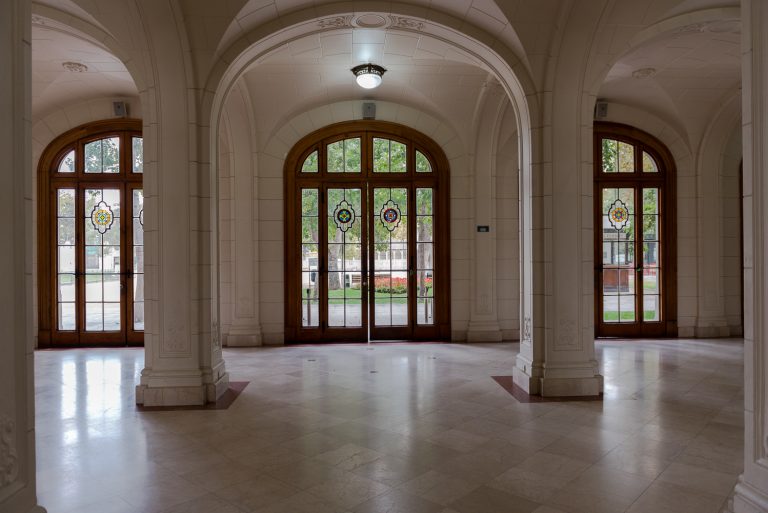 Looking out the Stained glass doors of the club 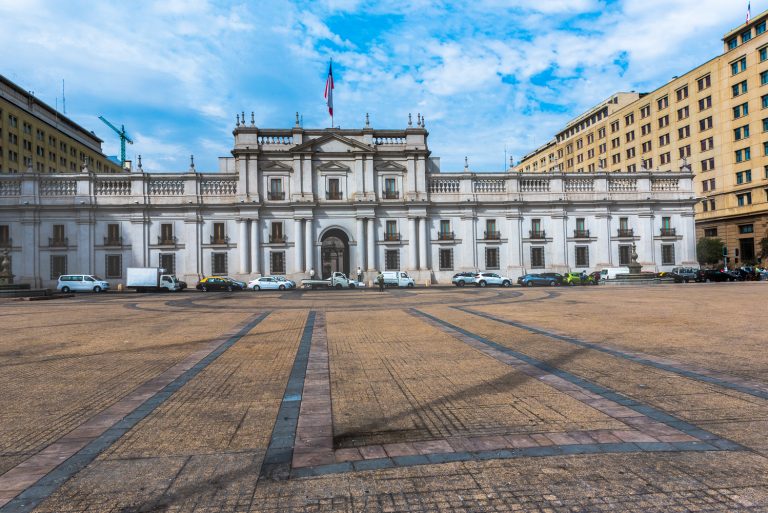 The Presidential Palace in Santiago