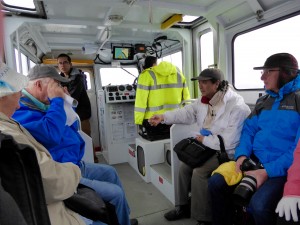 Inside our photography excursion vessel in Juneau; our guide Andy is in the rear left of the pic; he was a young photography expert, with a passion for his work and the environment, so much so that he moved to rainy Juneau from sunny, dry southern California (apparently many Alaskans have moved from other places) 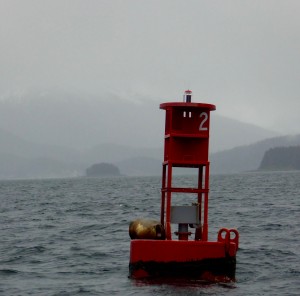 Joe got the stellar sea lion while he was barking, but I got him yawning at another rainy day in Ketchikan 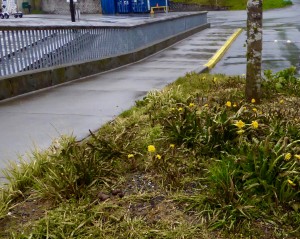 spring in Juneau – the dandelions are blooming already; you can see moss and lichen on the tree – it’s everywhere here, due to the volcanic ash from years ago that provides a hospitable base for growth, and the abundant rain. 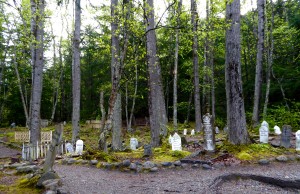 The Gold Mine Cemetery in Skagway, at the start of the trail to the Yukon gold fields. “Soapy Smith” is buried here, away from the rest of the crowd, as he ran several scams on the locals before he was killed in a duel. The gent who shot him in the duel is also buried here, in a place of honor (the shooter died 11 days after Soapy died). Many of the tombstones bear the same date of death, due to an avalanche that killed a number of people. 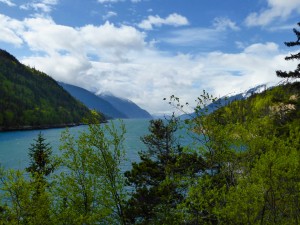 a fjord in Skagway, with a nice glacier in the background 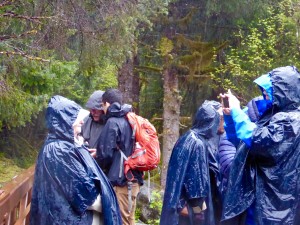 our photography group in Juneau at a park/rain forest, with ponchos to guard against the driving rain 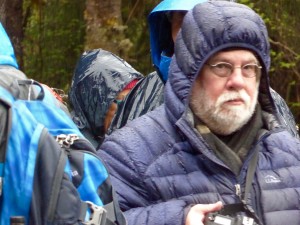 a rare blue bear who migrated from NJ to escape the harsh winter, but is ready to return in early May when Spring returns

5 thoughts on “a few last pix from Alaska from MA”