We are nearing an end to the segment of the cruise where we sail through French Polynesia. The last stop is Easter Island or Rapa Nui, which is actually claimed by Chile, some 2,200 miles away. It is located in the southeastern Pacific Ocean, at the southeastern point of the Polynesian Triangle. It is famous for its still extant Moai statues, thought to have been built by the Polynesian people several millennia ago. It is now a UNESCO World Heritage site.

When we arrive there Friday, March 30, we will tour the island for 2 days with a small party of people from the cruise, led by a professor from Chile, who is widely regarded as being an expert on the island. So, we’ll report in on that trip, probably sometime the following week. 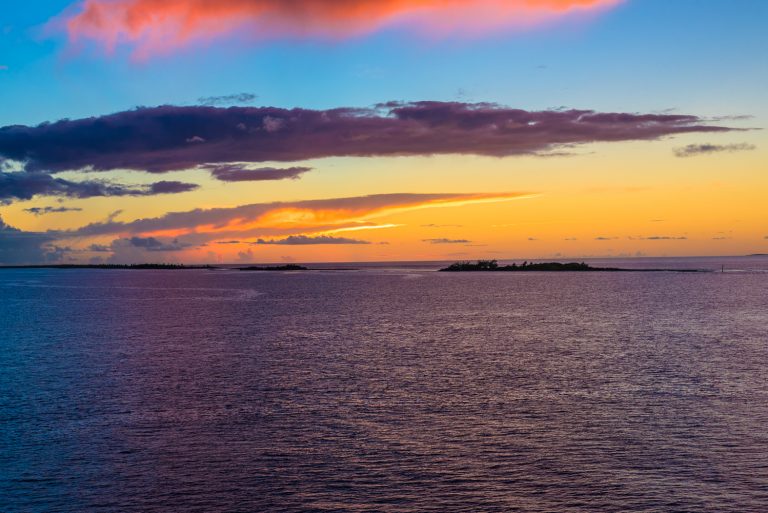 Meanwhile as we sail away from the South Pacific, we get to view beautiful sunsets and sail outs. Probably sunrises too, but we’ve been asleep for those. We also got a chance to go dolphin watching with a professor from Berkeley; watched fisherman bring their catch in on the island of Nuku Hiva, observe some native dancers and go on a tour of Nuku Hiva led by locals.

Here are some photos, below. 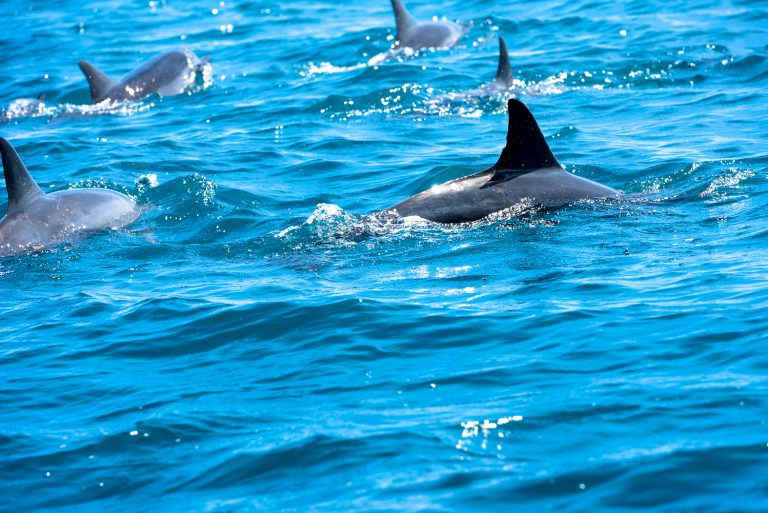 Close-up of Dolphins in the Wild 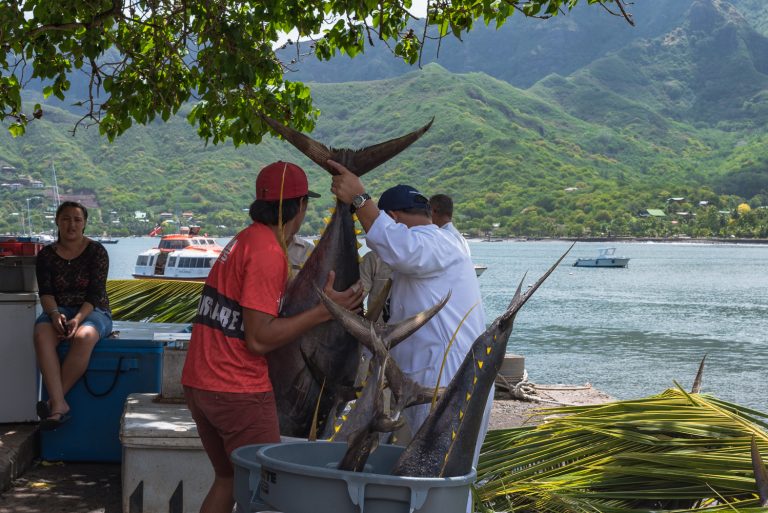 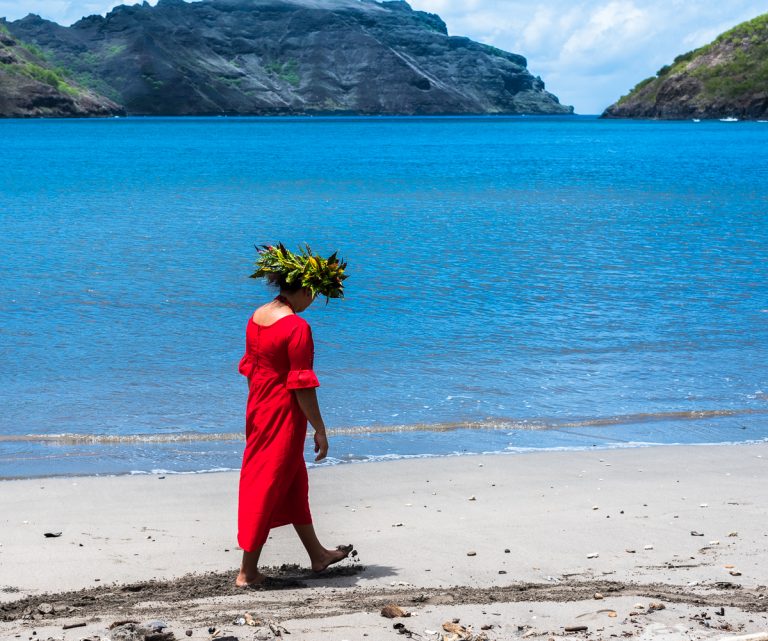 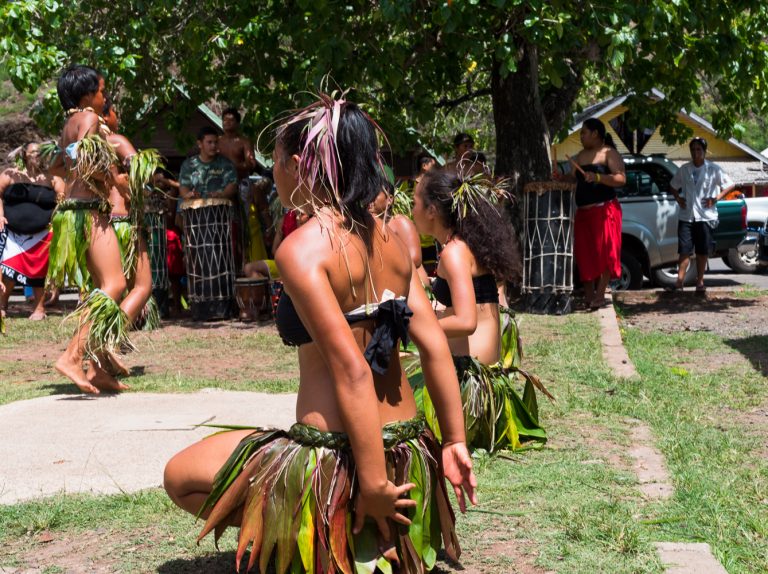 Wellington (Whanganui-a-Tara in Maori) is the capital city of New Zealand and its most populous urban area. It is in at the southwestern tip of the North Island, which lies in the latitudes known as the “Roaring 40s”. There it is exposed to the winds blowing through Cook Strait, so is the windiest city in the world, with the winds averaging 17 mph.

Because it is so windy it is ideal for generating wind power. And so, as part of our tour, we visited the largest source of power generation in the region, Meridian Energy’s East Wind Farm. The turbines, which are located at the top of a mountain, are enormous. Along with our fellow tourists and a couple of guides off we went we went in a couple of off-road jeep type vehicles up the unfinished gravel roads leading to the top of the mountain to see the turbines. And miraculously enough we didn’t fall over the edge.

It’s hard to believe but after that the roads leading to the beach below got even worse. Regardless we persevered and made our way down to where the seals hang out. Unfortunately, we were greeted by heavy winds and cold, torrential rain, which didn’t bother the seals one bit. So, we piled out of the jeeps and got very close to the seals—only yards away—to observe them as well as birds in the wild. It was well worth the effort, wind, rain and all. It had a land that time forgot quality to it, but it’s the only way to see what it’s really like in this type of environment. Plus, the guides made coffee.

Here below are some photos from this adventure on the rocky, storm swept beach. 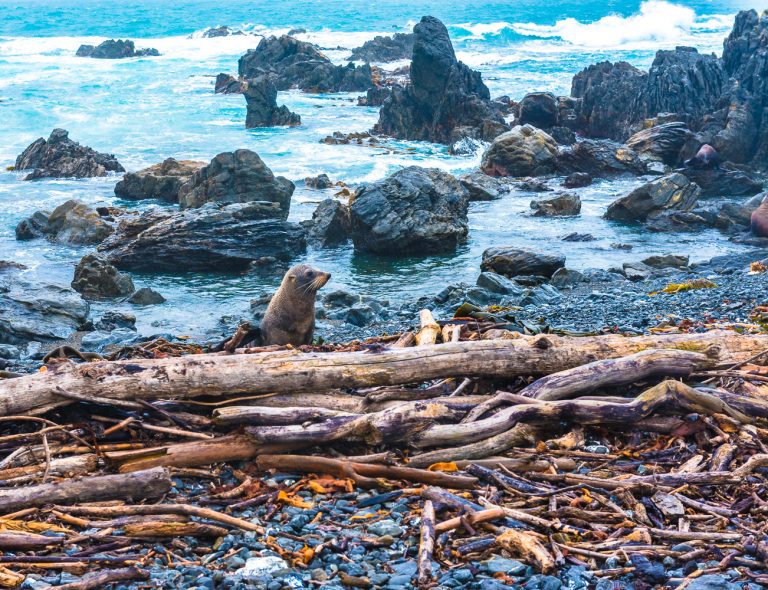 Seals on the Beach 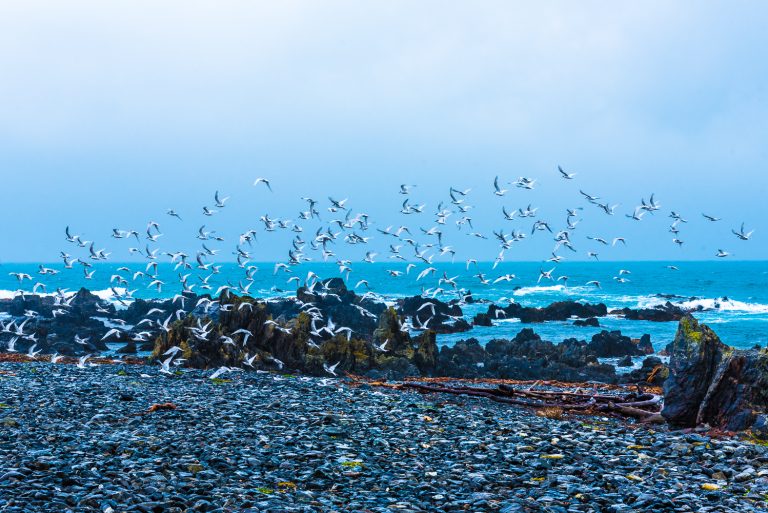 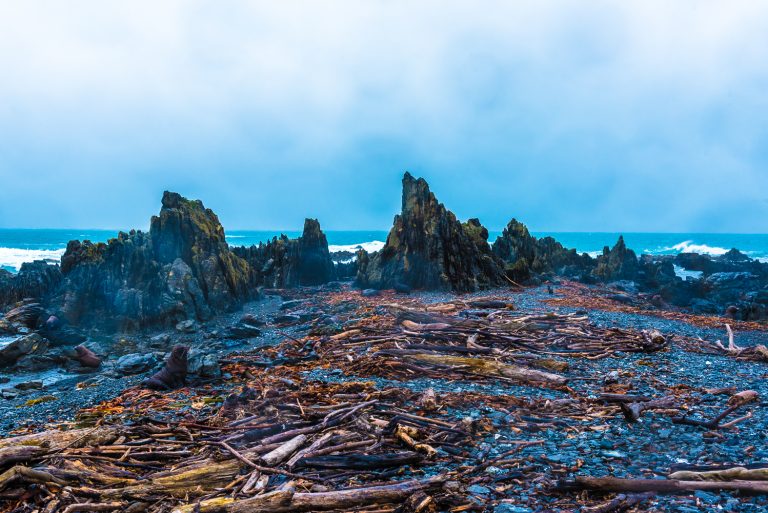 Driftwood on the Rocky Beach 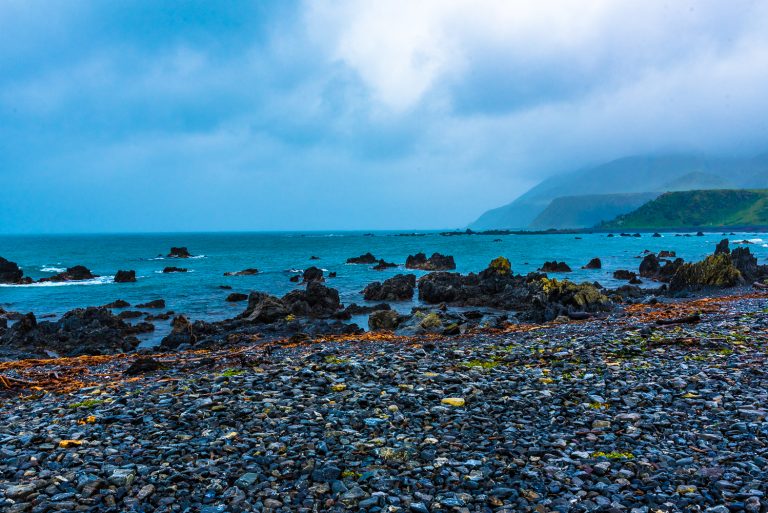 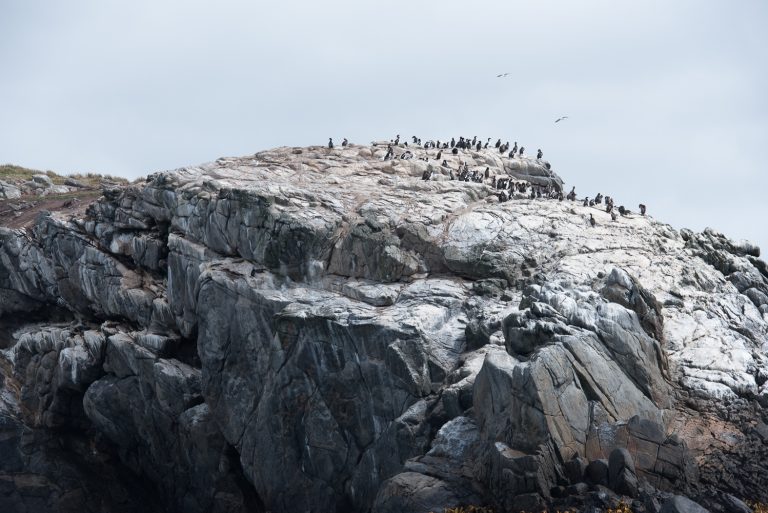 Penguins Hanging Out on their Favorite Rock 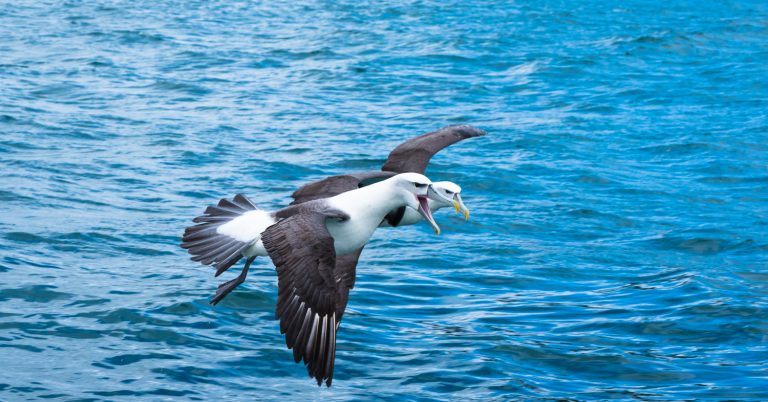 A Pair of Albatross 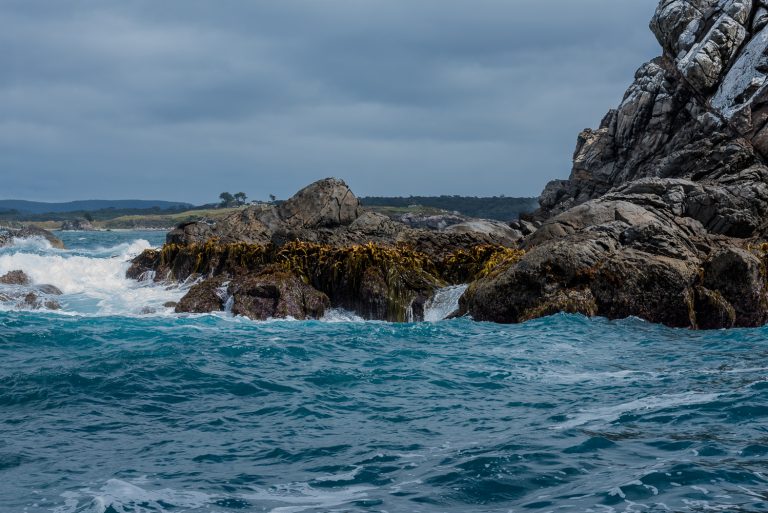 Rock Formation in the Tasman Sea 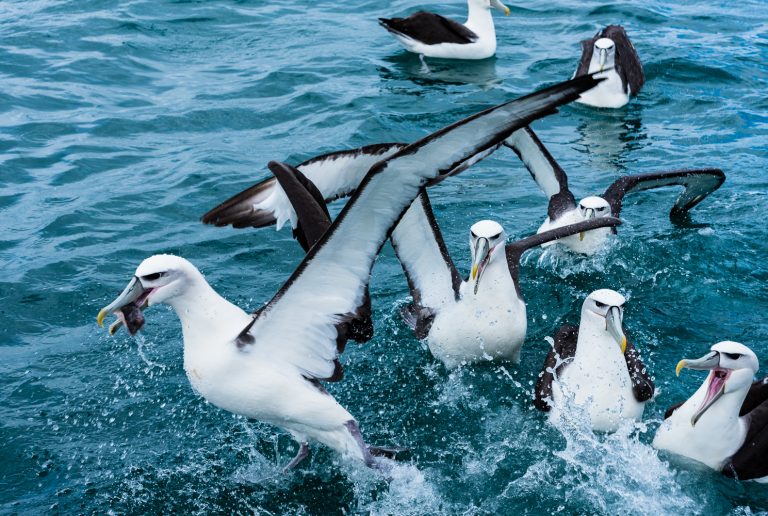 Albatross Makes Off with Food 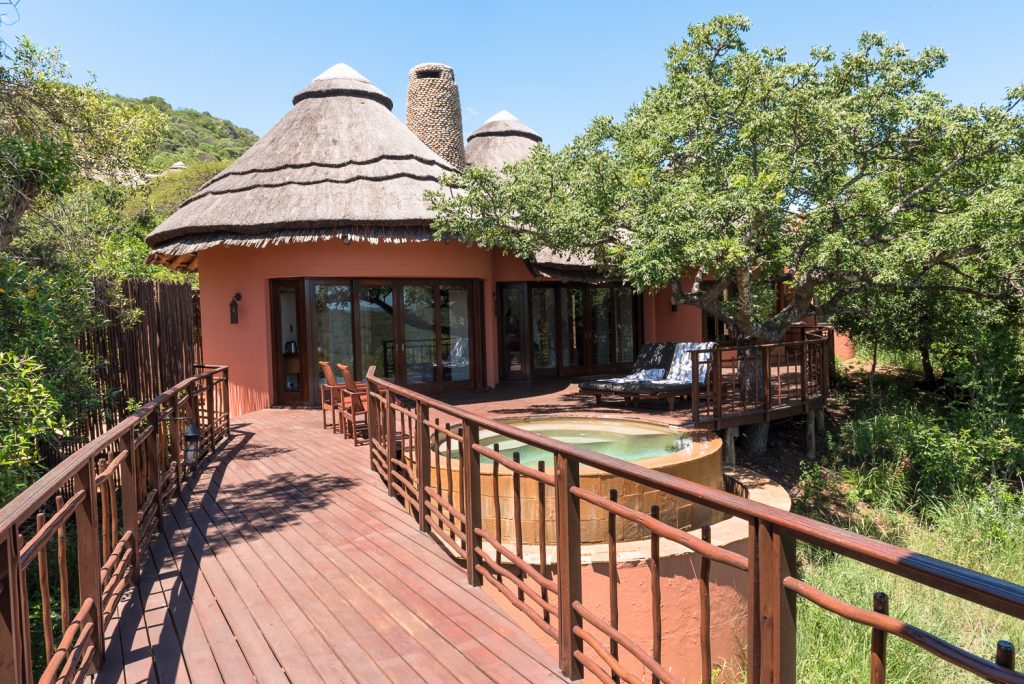 Our Villa in Thanda Game Reserve 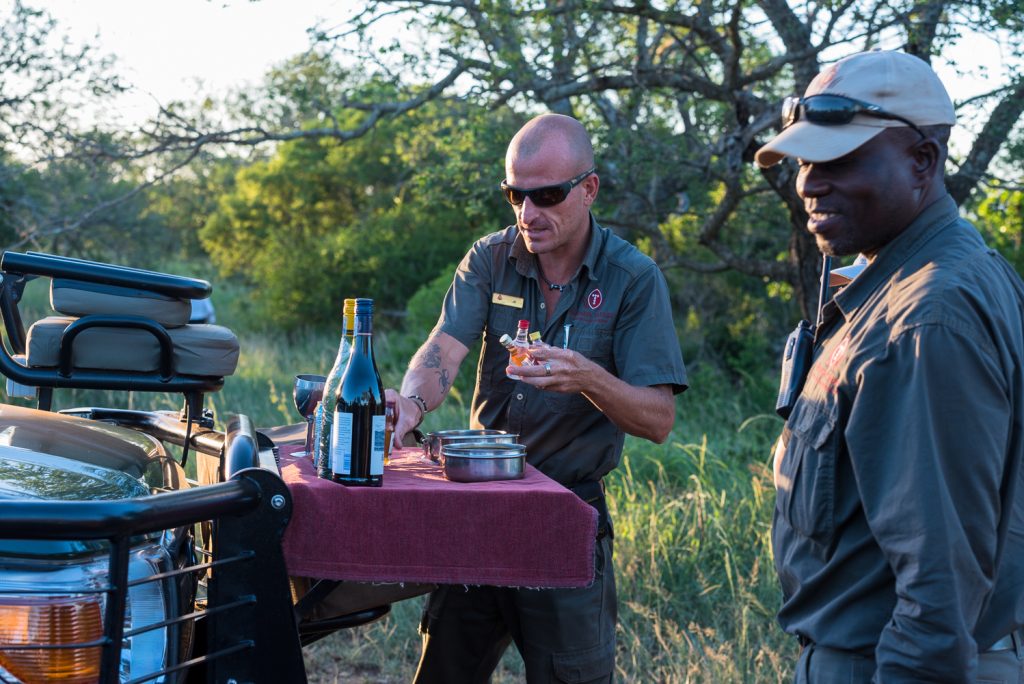 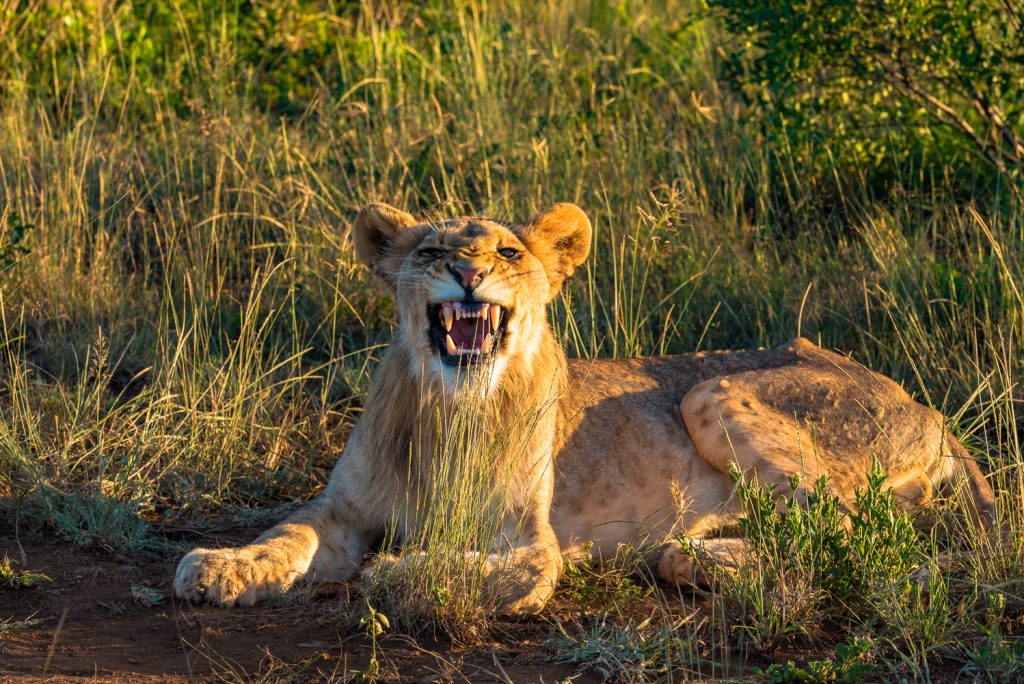 Lioness opens her mouth and shows her teeth. Taken from about 15 yards away. 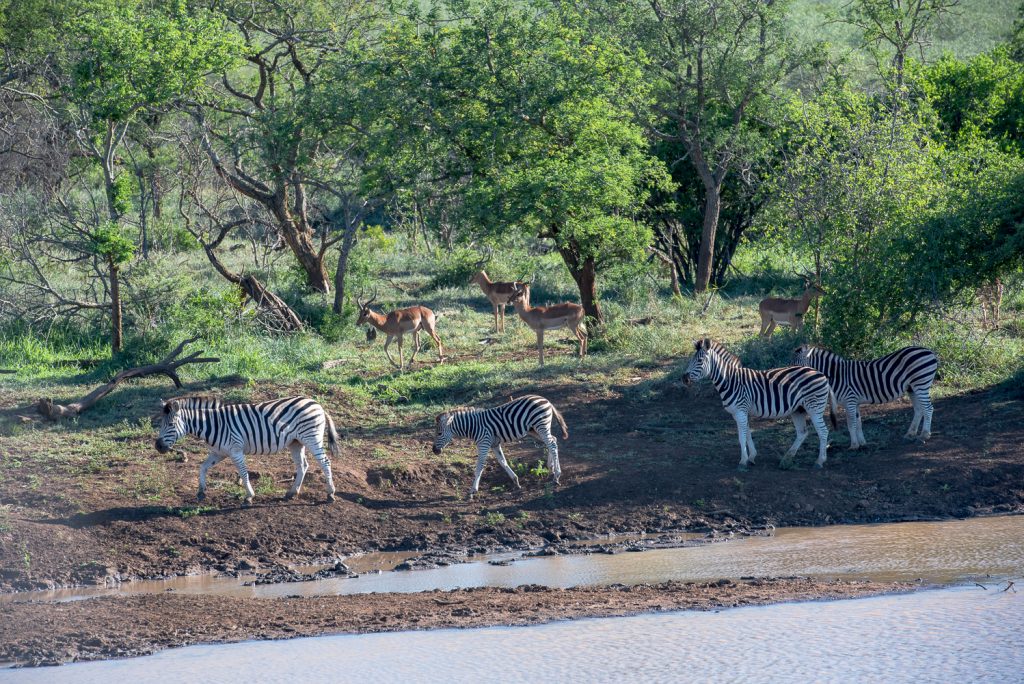 Zebras and Gazelles by a watering hole. 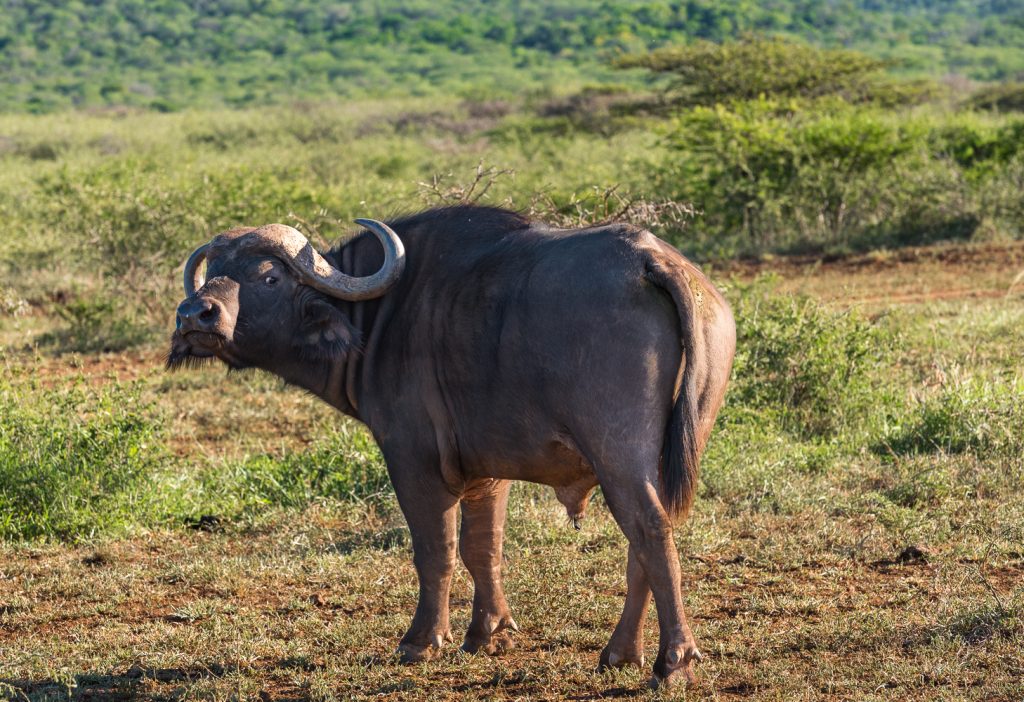 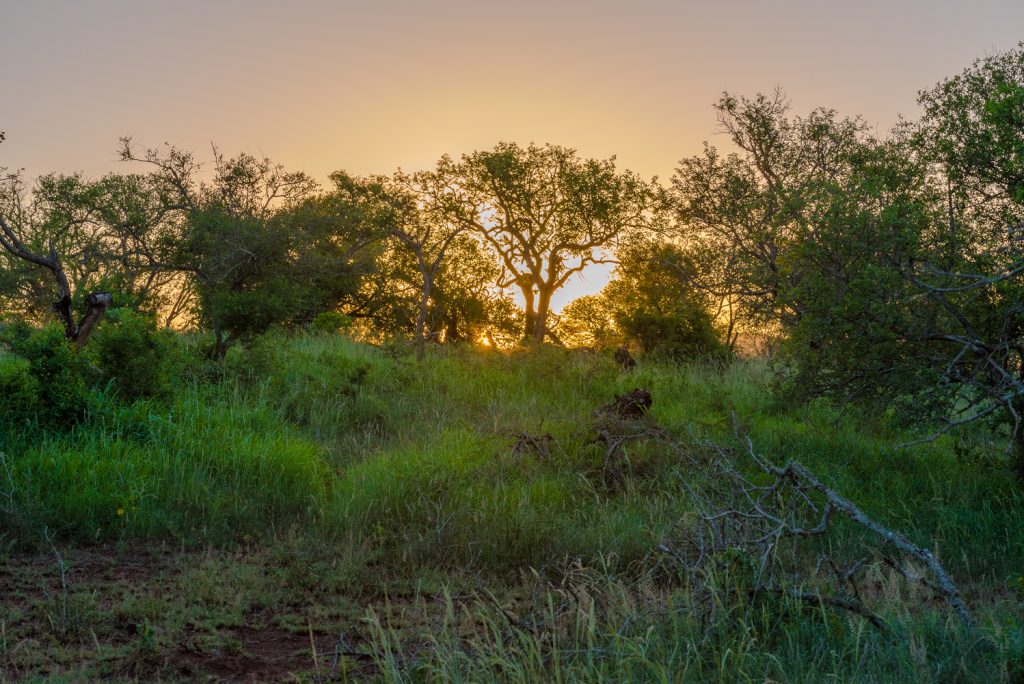 Took an Autumn  trip with Visions Photographic Workshops to the Bronx Zoo, the largest in the United States with 265 acres. Some of the more interesting sights included Tigers and Gorillas, as shown below. 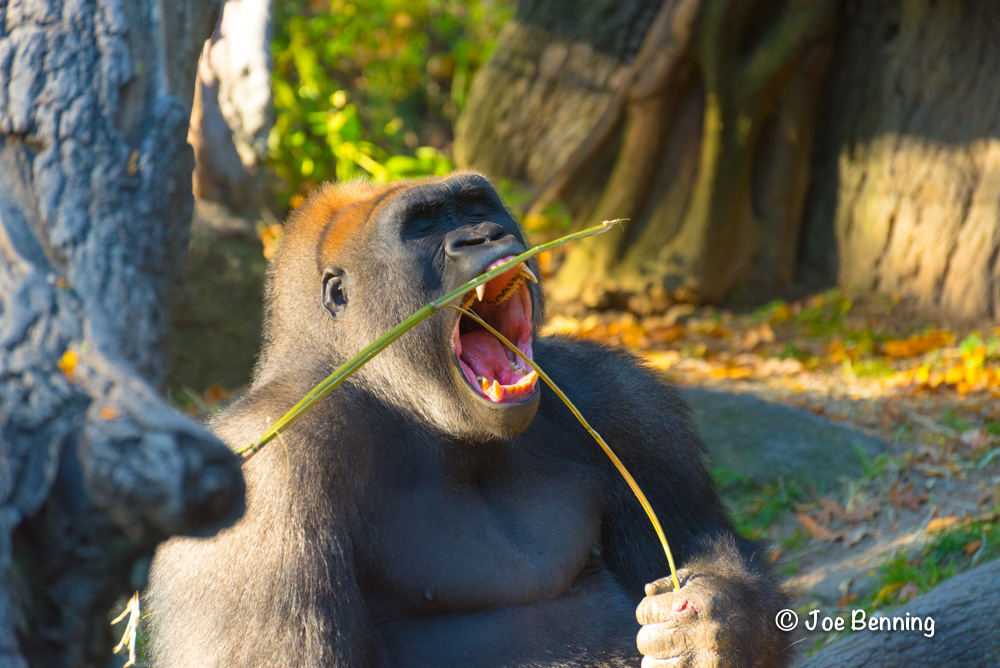 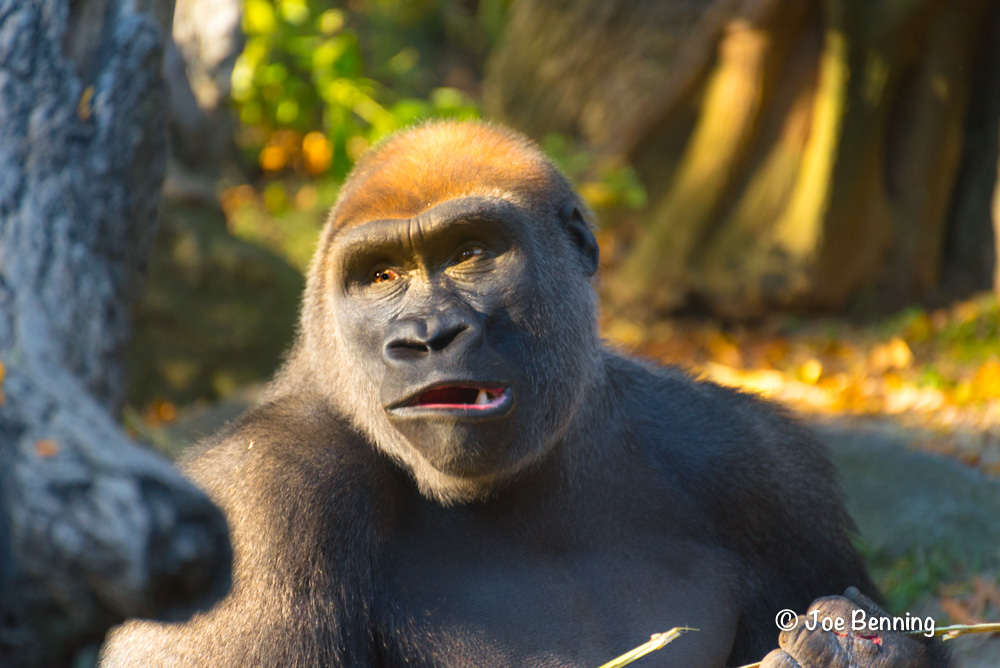 Gorilla looks away as something captures his attention 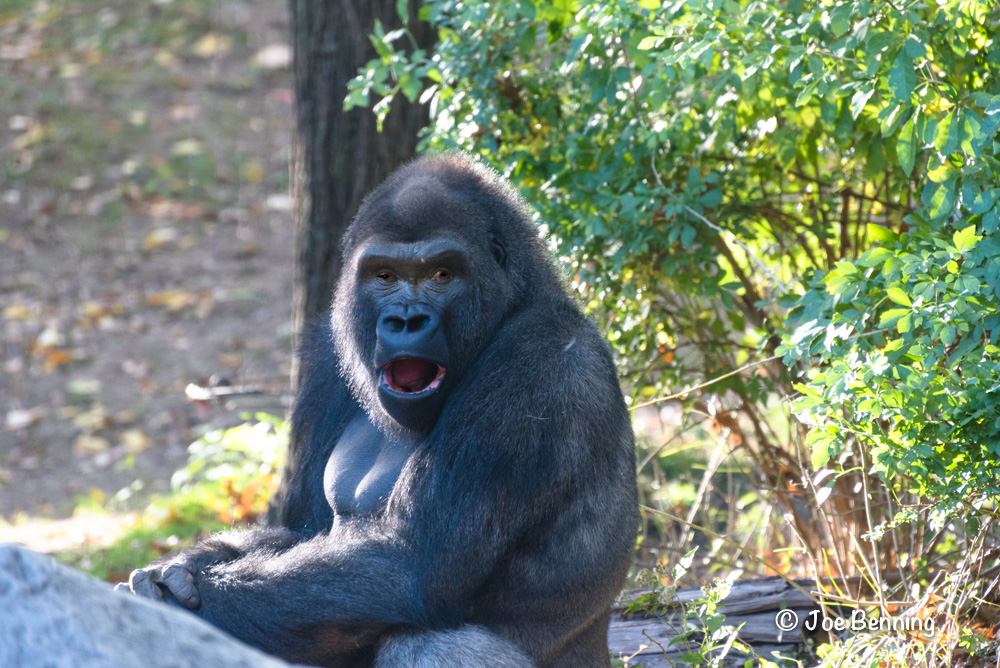 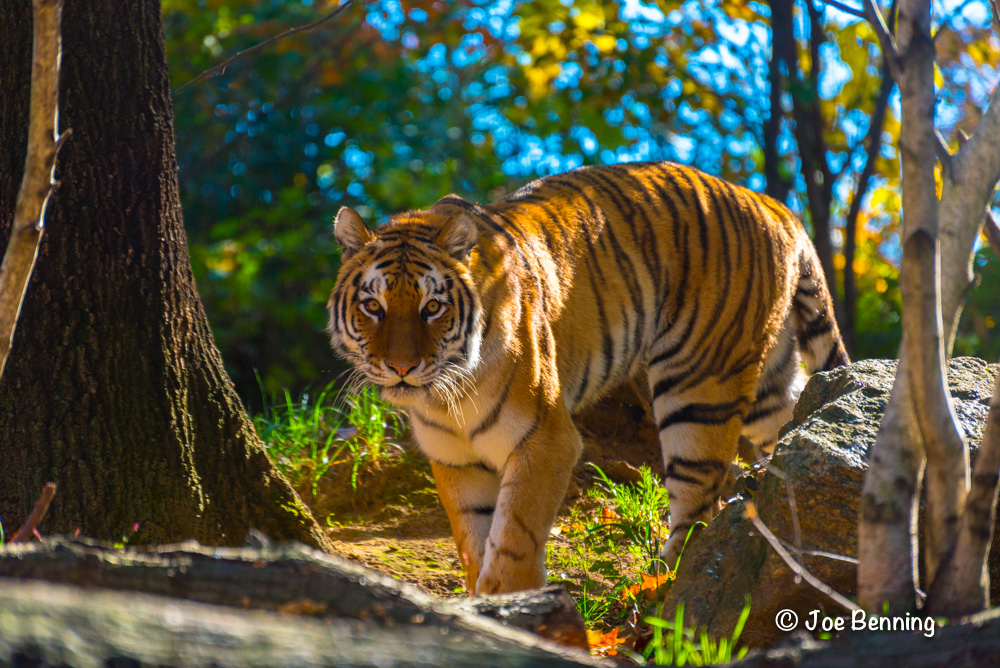 A tiger roams around in his lair at the Zoo.